Reshoring: Is it time for NAFTA to go? 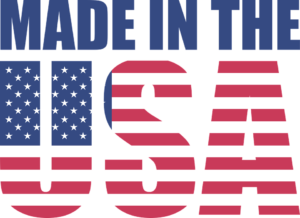 The global market is constantly in flux and it has definitely evolved over the last two decades as trade tariffs are lifted, reduced, increased, and added on goods, properties, and between certain countries.  Twenty-four years ago the NAFTA agreement started, and some say it may be time for it to go.  Has it affected trade long enough, allowed off-shoring to become too common place, and enabled markets to decline since its inception?  Let’s take a look at the history and what it means for our future:

The North American Free Trade Agreement (NAFTA) is an agreement signed between Canada, Mexico, and the United States that created a trilateral trade bloc on the North American continent. The agreement was agreed upon in the late 1993 by all branches of US government and took effect on January 1, 1994. It replaced the Canada–United States Free Trade Agreement between the U.S. and Canada.

What has NAFTA done for the United States?

Since its enactment in 1994, most economists would agree that on a macro scale NAFTA has helped the American population.  Where there is disagreement is on the micro scale, possibly harming workers in certain industries that were now exposed to competition from foreign workers that were previously protected by an import / export tariff.

The implementation immediate saw a reduction or elimination of tariffs on more than 50% of Mexico’s imports to the United States and more than one-third of exports leaving the US headed south to Mexico.  Within a decade of the agreement being implemented, most tariffs between the US and Mexico were eliminated.  The remaining tariffs on US agricultural products would be eliminated within the first 15 years, and has since been duty-free.

The United States and Canada already had an established reduction of trade tariffs, so most goods crossing our northern border were unaffected.  One change was that NAFTA worked to eliminate non-tariff trade barriers and protect the growing markets for intellectual property rights and on then traded products.

A 2015 study focusing on the impact of NAFTA over the first twenty years found that trade volumes increased over 40% for the United States, over 100% for Mexico, but less than 20% for Canada.  That increased trade volume accounted for less than 1% increase in the welfare for US citizens.  The impact of the NAFTA agreement appears modest because it’s only a small part of the US GDP, accounting for a small increase of 0.5%

What would happen if NAFTA was dissolved?

Most economists believe that NAFTA being dissolved or renegotiated to add trade barriers back will have adverse effects.  While jobs have been lost to our continental partners, adding restrictions to their markets may cause those industries to seek other low cost options on other continents.  Not only could it impact the US directly, it will impact our continental partners also.  Mexico would be impacted the most as they have seen the largest increase in trade volume, but it will cause a ripple to Canada’s trade markets also.  Secondary markets like gasoline, cars, and fruits and vegetables could (and most likely would) also be affected, which directly hits the American population in their household finances.

Should we withdraw from NAFTA?

After a look at the numbers on the growth of trade volumes and the low effect on the US GDP, the quick answer on withdrawal from NAFTA could be a ‘yes’.  It doesn’t appear on a macro scale to do much for the United States.  When you dig into the details, dissolving the agreement is going to have a large effect on industries like textiles, agriculture, and automobiles.  It will affect other markets positively though as they will have less foreign competition.  It is expected that US-Mexico relations could worsen and the joint effort on border security, the war on drug trafficking, population migration (both legal and illegal), and counterterrorism will worsen.

If we stay in NAFTA, how can we focus on reshoring?

Reshoring is the process of returning production or manufacturing of goods back to one’s own country.  While offshoring typically has financial benefits for labor reduction and lower costs associated with manufacturing, there are other increases with foreign production such as transportation, specialized delivery, and customs fees.  It also needs to take into account if raw materials or technologies are native to their current offshore location, and if bringing them back inside the US borders is going to increase raw material costs because of the move.

While logistics and labor are often thought of in dollars and cents, the overall goal for reshoring needs to focus on value creation.  A number of promotional measures have been introduced to stimulate reshoring over the last decade following the economic recession in 2008.  Former US president Barack Obama launched the SelectUSA program in 2011, which connects companies with resources available on federal, state and local levels, for instance.  Included with that program is enticement for foreign investment to the US economy, to develop new infrastructure and training growth for US talent available.  Both of those will directly help families with a reduction in unemployment, and a long-term future of potential growth.