How Black Plastics Can Aid in Renewable Energy

Technology has continued to change and refine the plastics that are commonly used in every industry.  As the global waste crisis continues to become more of a topic of discussion, scientists are finding new ways to recycle plastics and reuse various types of biodegradable materials.

Recently researchers from Swansea University discovered a way that black plastics commonly found in food packaging can be recycled to create new materials like wires for electricity.  Further developing this technology and recycling could help to reduce the amount of plastic waste in the future.  Only a small amount of the hundreds of types of plastics currently used can be recycled by conventional technology, but researchers have found that there are other things that can be done to reuse plastics after they’ve served their original purpose.

The research, published in The Journal for Carbon Research, centers on chemical recycling which uses the fundamental elements of the plastic to make new materials.  All plastics are made of carbon, hydrogen and sometimes oxygen, and the amounts and arrangements of these three basic components elements make each plastic unique.  Plastics are developed from pure and refined chemical compounds, and they can be broken down into these three components that can be rearranged and bonded in different varieties to make new materials such as carbon nanotubes.

Dr. Alvin Orbaek White, a Sêr Cymru II Fellow at the Energy Safety Research Institute (ESRI) at Swansea University said: “Carbon nanotubes are tiny molecules with incredible physical properties. The structure of a carbon nanotube looks a piece of chicken wire wrapped into a cylinder and when carbon is arranged like this it can conduct both heat and electricity. These two different forms of energy are each very important to control and use in the right quantities, depending on your needs.”

“Nanotubes can be used to make a huge range of things, such as conductive films for touchscreen displays, flexible electronics fabrics that create energy, antennas for 5G networks while NASA has used them to prevent electric shocks on the Juno spacecraft.”

During the lengthy study, the research team tested various plastics.  Black plastics commonly used for packaging in convenience meals and fruits and vegetables are not able to be easily recycled compared with other plastics available in the marketplace.  The researchers removed the carbon from plastics and then constructed nanotube molecules using carbon atoms.  The newly formed nanotubes were then used to transmit electricity to a light bulb in a small demonstrator model.

Since the study was documented, the research team at Swansea University plans to make high purity carbon electrical cables using waste plastic materials to improve the nanotube material’s electrical performance and increase the output.  The goal is to be ready for large-scale deployment in the next three years.

Dr. Orbaek White said: “The research is significant as carbon nanotubes can be used to solve the problem of electricity cables overheating and failing, which is then responsible for about 8% of electricity being lost in transmission and distribution globally.  This may not seem like much, but it is low because electricity cables are short, which means that power stations have to be close to the location where electricity is used, otherwise the energy is lost in transmission. Many long range cables, which are made of metals, can’t operate at full capacity because they would overheat and melt.  This presents a real problem for a renewable energy future using wind or solar, because the best sites are far from where people live.”

Packaging waste is approximately 30% of what is sent to landfills every year and black plastics are one of the greatest contributors to landfill waste.  It can’t be sorted using common industrial practices based on optical reflection.  The new discovery of carbon nanotubes gives the opportunity for the plastics to be upcycled into a material that can aid in energy transmission over great distances and could possibly reduce the plastic contribution to the global waste crisis that is currently being debated between nations around the world. 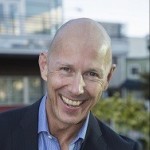 Matthias Poischbeg was born and raised in Hamburg, Germany. Matt moved to Everett, Wash., after finishing his bachelor’s degree in business in 1995 to work for Sea-Dog Corporation, a manufacturer, and distributor of marine and rigging hardware established in 1923.

In 1999, Matt took over the reins at Sea-Lect Plastics Corporation, a sister company of Sea-Dog and a manufacturer of plastic injection molded products with an in-house tool & die shop. Matthias Poischbeg is also a contributor to Grit Daily.