What are biodegradable plastics? 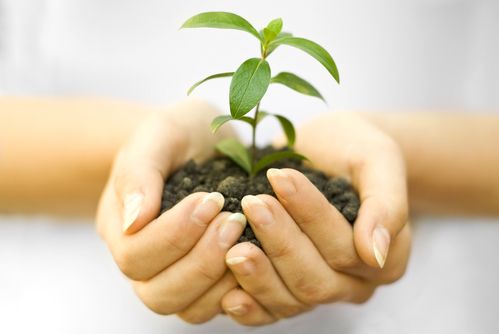 Pearl Jam has already left its mark on the world of music. Now they’re trying to leave a smaller mark on the environment by turning to a technology that’s still on the horizon—plant-based plastics, better known as bio-plastics.

In 2015, the Seattle-based grunge rockers partnered with SEA-LECT Plastics, an injection molding company from Everett, Washington, to design and produce luggage tags for members of its fan club. The band had one request—the tags should be made using bio-based, compostable plastics.

Unfamiliar with bio-plastics? You’re not alone. Bio-plastic is the new kid on the block, and although it’s strictly in the minority right now, there are signs that it will continue growing into the future.

Today’s plastics contain mostly organic polymers. The vast majority of these polymers are formed from chains of carbon atoms (molecules that repeat their structural units), and they come mostly from oil and natural gas. They are incredibly versatile—after all, the word “plastic” means flexible or pliable—so you’ll find them everywhere. They’re used in cars and airplanes, and one quick tour of your house will have you wondering what life would be like without this extraordinary material.

They do, however, have one troubling feature—the petroleum products from which these plastics are made are a non-renewable source. And without an alternative to oil-based plastics, the future of many of our common products would be in doubt.

Growing our own plastic

No one likes to think about it, but someday our oil and gas resources will run out. When they do, it will be too late to think about developing an alternative to oil-based plastics. That’s why work is underway creating plant-based plastics, mostly from corn and sugarcane. And since bio-plastics are derived from common available feedstocks, they could begin helping to decrease our dependence on petroleum almost immediately.

Bio-plastics look pretty much like conventional plastics, and they have all the characteristics that make plastic so popular in manufacturing—they’re versatile, durable, and economical. These planted-based plastics also have the advantage of being able to break down faster in landfills (biodegradable) and be a source of compost (compostable), both of which will benefit our future ecosystem.

You’ve probably noticed the term “biodegradable” printed on plastic bags in your supermarket. And what this means is that these bags will biodegrade (a process by which microbes break down the plastics if conditions are right) in a fairly short time. In other words, biodegradable plastics will decay quickly with the help of light and oxygen.

Compostable plastic, on the other hand, “breaks down into carbon dioxide, water, inorganic compounds, and biomass at a rate consistent with known compostable materials, and leaves no toxic residue,” according to the American Society for Testing and Materials. That requirement for no toxic residue is the distinguishing characteristic between biodegradable and compostable. Some of these plastics can be composted in home gardens, while others require special commercial composting.

And, just like Pearl Jam’s luggage tags, these plastics will withstand the demands of hard use (traveling, for instance) without degrading until they’re put into a composting environment.

[…] Biodegradable plastics will degrade over time and turn back into base materials without any extra intervention from people or a supply of oxygen.  Compared to petro-chemical plastics, the main difference between a biodegradable plastic and petrochemical plastic relates to carbon.  Petroleum based plastics hold carbon after being formed.  After they are disposed of, that carbon is slowly released back into the atmosphere through degradation or melting to be recycled.  Biodegradable plastics do not release any carbon back into the environment after use.  Carbon isn’t used in the initial manufacturing, and isn’t a byproduct as it degrades. […]